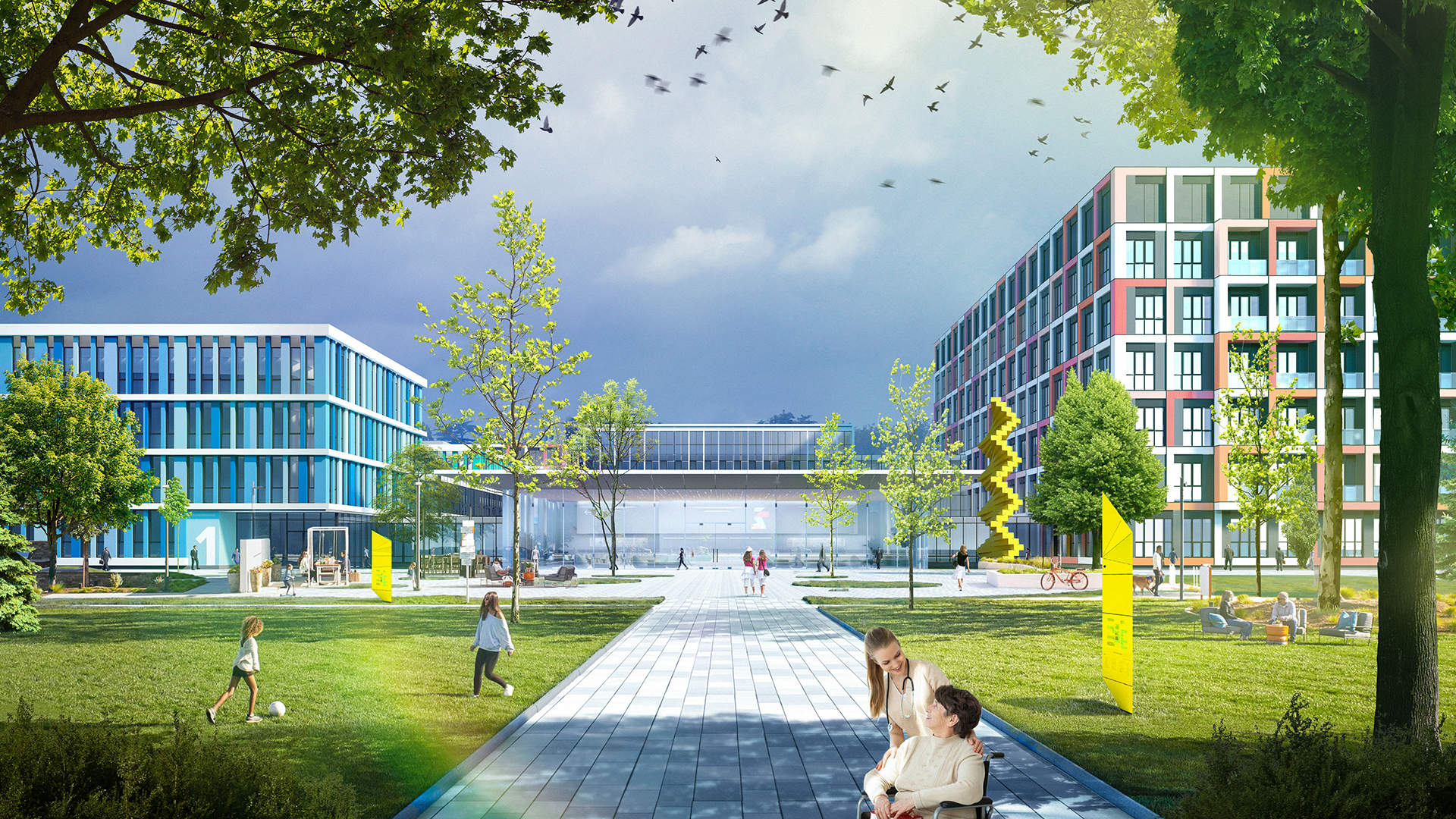 The project is based on an original concept that divides all structural units of the Central District Hospital into small blocks, which makes it possible to adapt the hospital to different initial conditions and surrounding buildings and reconstruct/expand the facility without disrupting Central District Hospital operations. The volume's structure is divided into 11 functional units that can be assembled like a cubes toy. The blocks are fairly self-contained; they can be removed or augmented, and the sequence of construction phases can be divided to suit the tasks performed. At the core of any such construction set is the central group of public spaces, which includes the lobby and reception area, is, and all other rooms are arranged around it horizontally and vertically. These are polyclinic groups such as pediatric and adult, fee-for-service departments, an obstetric department, and three more isolated blocks that should be separated from the rest based on technology: infectious disease and anatomic pathology departments, as well as the ambulance station. The hospital grounds are divided into four zones: a private area for inpatients, a public space with guest parking, isolated units (such as the infection ward), and a transport and logistics zone.